What Labor Day Weekend Means to Most Americans 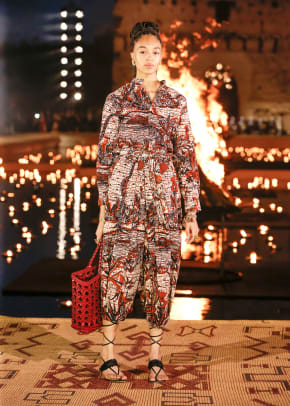 Labor Day in the US was thought to have been ‘patterned’ after the Labor Day in Canada when, in 1882, American labor leader Peter J. McGuire witnessed a labor festival in Toronto and learned that it was actually a yearly celebration in Canada, commemorating the “Nine-Hour Movement” and the “printer’s strike”. Inspired by what he saw in Toronto, he subsequently returned to New York City and organized the first American Labor Day on September 5 of the very same year. Twelve years later, in 1894, US President Grover Cleveland, fearing the worst from the deaths of several workers at the hands of the US military and the US Marshals during the 1894 “Pullman Strike”, encouraged the US Congress to rush the passing of a bill declaring the first Monday of September a national holiday, and Congress swiftly signed the bill into law just six days after the end of the strike, thus making it a federal holiday in the US, and all 50 US states have since made it a state holiday as well. President Cleveland was also wise to not ‘align’ the US Labor Day with existing international May Day celebrations (usually held on the first day of May) for fear that it “would stir up negative emotions linked to the Haymarket Affair”, a bloody riot which took place on Tuesday, May 4, 1886, at the Haymarket Square in Chicago.

The manner by which this holiday in the US is traditionally celebrated was also ‘patterned’ from the first proposal of the holiday: A street parade exhibiting to the public “the strength and esprit de corps of the trade and labor organizations”, perhaps followed by a festival for the workers and their families. Later on, speeches by prominent men and women were integrated into the programme, and emphasis was placed more on the economic and civil significance of the holiday. A resolution passed by the American Federation of Labor convention of 1909 declared the Sunday preceding Labor Day as the “Labor Sunday”, and this day was (and still is) dedicated to the spiritual and educational aspects of the labor movement.

Also regarded as a day of rest and respite from work and replete with parades, Labor Day is traditionally celebrated by many Americans to symbolize the end of summer. Though events organized by labor groups often feature political themes as well as appearances by candidates running for office, especially during election years, the speeches and/or political demonstrations in these events are much more low-key than May Day celebrations in most countries. Public art events, water sports, fireworks displays, picnics, and barbecues are a common sight during this holiday. Families with schoolchildren regard it as the last day for travel before the end of the summer recess, while teenagers and young adults usually party on the weekend before returning to school, even as start dates for schools vary widely, beginning as early as the 24th of July in urban districts such as Atlanta, Los Angeles, and Miami. Labor Day also marks the beginning of the NFL and college football seasons, with the NCAA usually scheduling its first games on the week before Labor Day, and the NFL traditionally holding the very first game on the Thursday following Labor Day.