How to Save Thousands of Dollars Through Crowdsourcing 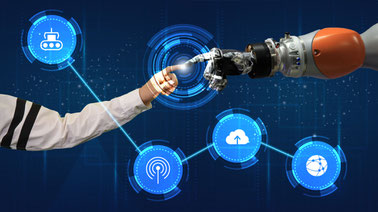 Crowdsourcing is an effective technique for gathering information or even small amounts of work from the general population, typically for free. This can be anything from voting on the best website design to translating books and articles, to designing the next big “thing”. Almost anyone using the web has been involved in crowdsourcing one time or another. Among CAPTCHAs – those aggravating little boxes which force you to try to pick words out of ink-spills – a popular brand is reCAPTCHA. Every time a reCAPTCHA is solved correctly, it helps convert one word from an old book or newspaper into digital text. For more information, visit the Google reCAPTCHA website

One specific task, say re-typing books, is a cumbersome process. For one person, this may take a few full work days. Also, most would want to be paid; Fairly. So in two days, one could have a digitized copy of War & Peace, and be missing a few thousand dollars if they paid someone to do this. However, if a million different people each type one word, one could have a digital copy of War & Peace, The Grapes of Wrath, and East of Eden. For free. The task of typing one word would be so menial that it would not even be considered work.

Effective crowdsourcing techniques are based around breaking a task or goal into the smallest unit of work possible. This is not often enough to survive on, however. The task for each person must either

A) Have a clear goal that excites the user

B) Benefit the user in some way

D) Be so effortless that it could be completed during that involuntary-browsing phase most web users reach late at night.

With enough of a crowdsourcing effect, any company can reduce the amount of employees they need, or man hours they need, saving them thousands or even hundreds of thousands. Take wikipedia for example. They have a relatively small article writing staff for how many articles they have. Wikipedia mostly falls under point (A). The ultimate goal is providing real, true information.

Google’s reCAPTCHA service, as mentioned before, falls under point (C). It’s one of the most used, off-the-shelf CAPTCHA products. Whether it did or didn’t digitize books, you would still be typing words to it, so digitizing books is a byproduct.

A lot of business directories, or yellowpages, type websites fall under point (B). Users are able to sign up, write reviews for companies, and then receive some kind of reward. Anything from some sort of point system, or score system, or even a monetary system. This saves the business directory company from having to purchase products or services from every business and later discuss them.