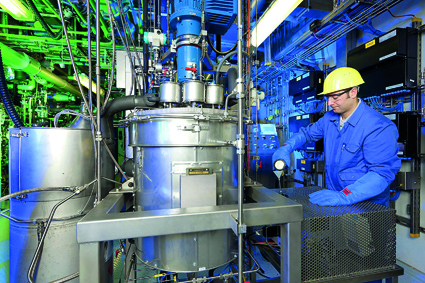 Cephalopelvic disproportion, or CPD, is a condition that is diagnosed when a baby’s head is too large to fit through his mother’s pelvis during birth. CPD is often declared on a woman before she even goes into labor. This results in many unnecessary cesarean sections each year. However, if you truly have CPD, it can lead to a problematic labor.

There are two forms of cephalopelvic disproportion: absolute and relative. However, even when doctors use the term “absolute,” this does not confer upon a woman a fate of solely c-section births. In fact, in one study, 68% of women who were given the condition of CPD still had vaginal births. Nevertheless, there are still women who have true cephalopelvic disproportion. This can be due to malnutrition as a child, such as from rickets or other such things. Also, it can result from pelvic injury or abnormality.

Relative CPD, also called feto-pelvic disproportion, is usually diagnosed during labor or due to circumstances right before delivery. It is often given when a labor is long-lasting. Some things that contribute to relative CPD include:

Restriction of the mother’s movement

Other improper positioning of the baby’s head

Brow or face presentation of the baby

Additionally, a pregnant woman may indeed try to deliver a baby that is too large for her pelvis. Sometimes, this is not due to the woman’s body, but to that of the baby. Overly large babies, which are said to have macrosomia, can truly get stuck in the birth canal. Things like gestational diabetes, being late for a due date, heredity, and not being the first baby can contribute to a larger child.

Some women naturally have longer labors than others. Also, the pelvic joints spread as the baby’s unfused bones compress to fit through the birth canal. This can make it difficult for doctors to conclusively diagnose that a mother will suffer from CPD during birth. However, doctors often turn to the diagnosis of CPD and opt for a c-section when other options fail. When labor fails to progress, and even inducing drugs like oxytocin do not help, your obstetrician may want a caesarian section.

The problem with CPD is that there is a chance that your baby can be stuck in the birth canal for too long, which can result in several health issues for your child. These include things such as shoulder dystocia and birth infections.

When a doctor fails to induce labor, your baby’s health may be at risk. If your healthcare practitioner has failed in his or her duty to you and your baby, you may be entitled to financial compensation. For more information regarding birth injury law, check out the law firm of Lowenthal & Abrams PC, today.